First line: Nicholas Young slumped into the nearest seat in the hotel lobby, drained from the sixteen-hour flight from Singapore, the train ride from Heathrow Airport, and the trudging through the rain-soaked streets.

Summary: Rachel Chu has been dating Nicholas Young for nearly two years. When he asks her to spend the summer in Singapore she willingly accepts. However, arriving in Singapore she learns that the humble man she knows is part of one of the wealthiest families in Asia.

My Thoughts: Before leaving for my trip to the United Kingdom I was looking for a good vacation book. I scoured several used bookstores and my own shelves at home. Finally I found a mass market paperback of Crazy Rich Asians and felt like this was perfect!

I had seen the movie, which I loved, and decided it was time to read the book too. I am so happy I did. It was fun and ridiculous! The amount of money the people in the book have is just mind-blowing. I kept gasping as prices were thrown around in the book. But other than the money I liked the characters especially Astrid. She is Nick’s cousin who is fashionable and kind to everyone. Each chapter followed different characters as they navigated the weeks leading up to the wedding of the year in Singapore.

I finished the book just as we were arriving back at King’s Cross Station in London, the night before we were to fly home. I frantically looked at all the bookstores at Heathrow hoping to find a copy of the second book but no luck. But as soon as I got back home I downloaded a copy of the audiobook for my drive home from Colorado. I have now finished book two and am currently working on book three!

Blade of Secrets by Tricia Levenseller

First line: I prefer metal to people, which is why the forge is my safe space.

Summary: Ziva, an eighteen-year-old female blacksmith, makes magical weapons in her forge. But one day she takes a commission from a powerful warlord. With this commission she makes the most deadly weapon ever. It has the power to bring nations to their knees. In order to keep it from the woman who wants to use it to take over the country she and her sister flee their home to find a way to destroy the weapon before it can be used.

My Thoughts: I have come to love Levenseller’s books. She writes such fun stories that have great characters. This one was the same. Her main character deals with social anxiety while also have a powerful gift and talent. It is great to see author’s bringing in characters that are not perfect. Everyone needs a hero that represents them.

The beginning of the story seemed to drag for me. It took a while for me to get invested in what was happening which was really disappointing because usually I am all in for the author’s stories. About halfway in I started loving the characters, enjoyed the possible romance and was waiting for some big twist to happen. But the end is what made it hard trying to decide how to rate this book. I loved the last 25% or so. Characters became more developed, secrets are revealed and a big battle happens. And of course a cliffhanger.

I will definitely read the next book.

FYI: This is the first book in a duology.

First line: Well, in The Beginning…there was a man in a kilt.

Summary: Sam Heughan and Graham McTavish, stars of the widely popular TV show Outlander set out on a trip around the Highlands of Scotland exploring the history, culture and landscape of this beautiful countryside. In their camper van they traverse the roads, lochs and pubs while sampling whiskey and traditional foods of the Highlanders.

My Thoughts: I highly recommend checking out the audiobook on CloudLibrary because I feel that this is what made the book much more interesting. Sam and Graham narrate the book. They recount times on set and with fellow cast members. They goof around and make fun of each other. I could tell that they really enjoy each other’s company and are good friends.

I learned a lot about the history of Scotland while reading this. As I listened I looked up the locations and people mentioned. It is astounding that there are homes older than our country. I could tell how proud they are to be Scottish.

I have always wanted to visit Scotland but I want to go even more after reading/watching Outlander. The land is beautiful and wild. The culture is rich and enduring. Much of my genealogy comes from Scotland. I want to experience the world my ancestors knew. 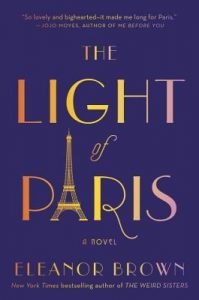 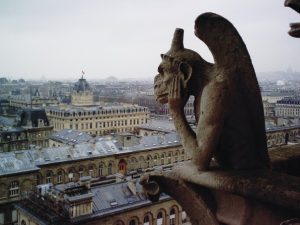 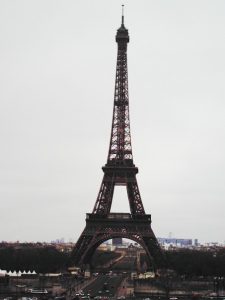