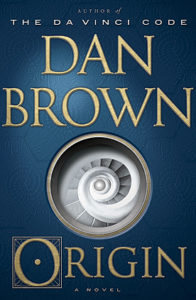 First line: As the ancient cogwheel train clawed its way up the dizzying incline, Edmond Kirsch surveyed the jagged mountaintop above him.

Summary: Robert Langdon is back in his newest adventure. While attending a special screening at the Guggenheim Museum in Bilbao, Spain, he witnesses the murder of his former student and friend, Edmond Kirsch. Kirsch, an outspoken atheist and billionaire scientist, is unveiling his most recent discovery that is going to rattle the religious communities around the world. Before he is able to reveal his research, he is shot on live television. With the help of the future Queen of Spain, Ambra Vidal, Robert has to 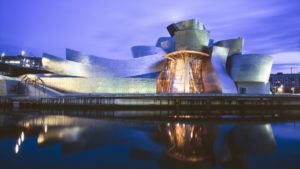 evade the police and find out how to release Kirsch’s presentation before the killer finds him.

Highlights: As with all the Robert Langdon books this one is fast paced and filled with codes and twists. I would love to have his eidetic memory and knowledge. My favorite parts of Dan Brown’s novels are that he takes you to real places and uses facts for his story. I was constantly Googling the locations and facts to find out more and to see pictures. I have never visited or studied much about Spain but now I am very interested. I love the way the suspense builds throughout the novel. He keeps the reader invested and itching to learn more.

Lowlights: I struggled at the end when the science behind everything is explained. I skipped around during this chapter in order to keep myself interested. Since I have read all the other Robert Langdon books, I was looking for the shocking ending. I was able to guess some of the twists because I look for them. However, I was satisfied.