Alrighty. Week two is completed along with three more books. I was not sure that I was going to be half way done at the end of the second week but I accomplished it. Plus I finished two of the longer books this last week!

I greatly appreciate audio books. I know some people do not consider these “reading” but I certainly do. I get the story and I am engaged in the plot and its characters. Two of the books from last week were ones that I partially listened to thanks to our book on CD collection and Rb Digital.

This last week’s reads include The Loving Cup by Winston Graham, Hatchet by Gary Paulsen and A Curse So Dark and Lonely by Brigid Kemmerer. Each one was a four star read. All of them had fantastic characters and stories. I am hoping to soon read the rest of the books in each series. However, my favorite book this week is by far Hatchet.

First line: Brian Robeson stared out the window of the small plane at the endless green northern wilderness below.

Summary: Brian’s parents split up recently and on his way to Canada to spend a few months with his father. He is flying in a small plane with only himself and a pilot. As they are flying over the forests of Canada the pilot suddenly has a heart attack. Brian is left alone in an airplane, thousands of feet in the air and no idea where he is or how he is going to land the plane.

For several hours he keeps the plane in the air until he decides to try and take it down on a lake. When he crashes he finds himself alone in the Canadian wilderness with only the clothes on his back, his wits and the hatchet his mother had given him. How long will it take for someone to rescue him? Will he be able to survive alone in the forest?

My Thoughts: I picked this book because it has been years since I heard the story. I remember having it read to my class while I was in school. It was a good story then but now that I am older I realize that it is a great story. I usually recommend this to young boys who ask for something to read. I am happy to see that it is still popular and has a hold list.

A thirteen year old boy is lost in the wilderness with nothing. He survives using what he knows from nature shows and his school science classes. Not many people would be able to do this. Paulsen does a splendid job of mixing the adventure with facts. Not many kids books can stand the test of time but I believe that this one can. It is still engaging and fun and perfect for all ages.

FYI: There are five books in Brian’s saga.

I have an endless reading list.  It continues to get bigger no matter how many books I read per year.  I will never be able to read everything I want to read but I will try my hardest!

One way that I have found to be very helpful in reducing my to be read pile is audiobooks.  There are many ways that audiobooks can be useful including digital downloads and books on CD or Playaway.  Some books are great in audio form while others are not.  It all depends on the reader and story.  Moreover, when you find that one perfect story you will be hooked.

My favorite audiobooks are the Harry Potter series.  Jim Dale, the reader, does a great job of creating new voices for the characters.  He brings the stories of J.K. Rowling to life.

When I go on road trips, especially by myself, I like to have something to listen to in order to stay awake.  I feel like I am traveling with someone rather than alone.  When I bought my most recent car, the only thing I really cared about having was a CD player so that I can listen to audiobooks.  It really surprised the car dealer that I did not want blue tooth or back up cameras.  Very simple tastes for this librarian! 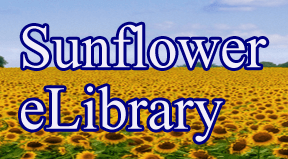 during my morning routine.  Apps like RB Digital and Sunflower eLibrary (Overdrive) are perfect for this.  I always have an audiobook downloaded on my iPhone that I can have playing while doing my hair and eating breakfast. 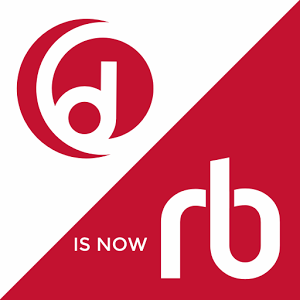 With the wide variety of audiobooks available it is never difficult to find something interesting.  The last several years I have been able to read over 100 books due to audiobooks.  It gives me much more freedom to work my way through my list of books.