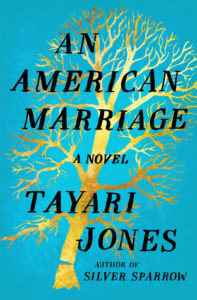 An American Marriage by Tayari Jones

First line: There are two kinds of people in the world, those who leave home, and those who don’t.

Summary: Roy and Celestial are newlyweds. They are happy until one night Roy is arrested for a crime that he did not commit. He is sentenced to a twelve-year sentence. Celestial tries to hold onto the love for her husband but it becomes harder as the years pass by. She takes solace in her friend and the best man at their wedding, Andre. However, Roy is released after five years and plans to return to his life and his wife. Can they go back to the people they were before?

Highlights: This book is one that is relevant. It is a contemporary story about a couple who has to deal with odds that are out of their control. I enjoyed the correspondence between Celestial and Roy while he is in jail. It gives us an insight into the challenges of a couple who are separated by incarceration.

Lowlights: I felt like the climax (when Roy is released) was not as exciting or intriguing as I wanted it to be. I thought there would be more conflict.