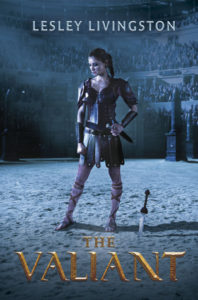 The Valiant by Lesley Livingston

First line: The steam rising off the backs of the cantering horses faded into the morning fog.

Summary: Fallon is the daughter of a king.  She has trained her whole life in order to join her father’s war band and avenge the death of

her sister, who died at the hands of Julius Caesar.  Instead, she is captured by slavers and taken from her home in Britannia to Rome to be sold as a gladiatrix, a female gladiator.  Knowing that the only way to escape her life as a slave is to buy her freedom or death, she decides to become the greatest gladiator that Rome has ever seen. 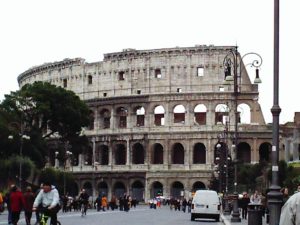 Highlights: An exciting historical action book filled with fighting and bravery.  I liked Fallon from the beginning.  She is a strong female lead character that fights for herself rather than relying on men to help her.  I am ready for the second book to be released already. 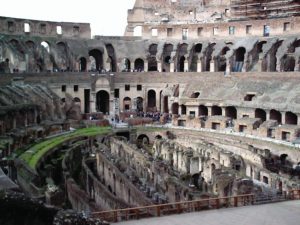 I have visited Rome and seen the Colosseum.  It is breathtaking in how large the arena is and that it is still standing two millennia later.  Gladiators and animals fought and died in the arena for  the entertainment of thousands of Romans.  It could be filled with water for sea battles.  Many underground tunnels and rooms can be seen below the floor of the building.  Even though this story takes place before the Colosseum was built, I can imagine that the spectacle was quite impressive.

Lowlights: I felt that a few plot points were a little predictable but the author did not seem to rely too much on these reveals.  The relationship with Cai seemed to evolve a little quickly but in YA this seems to be a normal process especially when the story is not focused on this and the plot has to move along.

FYI: If you loved the movie Gladiator this is a great read.