The Little Book of Lykke by Meik Wiking

“What are you holding on to, Sam?”

“That there’s some good in this world, Mr. Frodo. And it’s worth fighting for.”

Like Tolkien, Hemingway once wrote that the world is a fine place and worth fighting for. These days, it is easier to notice the fighting rather than what is fine.

Summary: In his second book, Meik Wiking, CEO of the Happiness Research Institute in Copenhagen, Denmark, embarks on finding out what happiness is and how the world defines it. He explores six different areas of happiness and how we can find happiness in our everyday lives.

My Thoughts: The last several months have been stressful and uncertain. If you are like me it has been hard to find something to be happy about when the world around us is changing so drastically. I read The Little Book of Hygge earlier this year and got inspiration from its pages. Now I needed something more. I need to find happiness in the little everyday things.

I cannot help but smile when I see this little colorful book. It immediately catches the eye and draws me to it. I loved Wiking’s look into what makes us happy. Things like friends and family, money, kindness, trust, freedom and health are all factors in our happiness. He references several studies he and his team have done as well as other notable groups around the world. Not only does he focus on the science but the people and ways happiness is spread. He has met so many people and learned how different communities have made the lives better for their residents.

While reading I wanted to do all the things. I now want to buy a bicycle and spend more time outside (when it’s less hot, of course). I want to live in Denmark. I want to live in a bofaellesskab, a cohousing development that is popular in Scandinavian countries where residents have their own space but also share communal space and everyone knows their neighbors. How cool is that?! I have lived in the same apartment for 3-1/2 years and don’t know any of my neighbors’ names.

This is a book I can see myself going back to for inspiration when times are tough. It makes me realize that there is good in this world and we can find happiness in the small things around us. If you need a pick me up then this may be what you are looking for.

FYI: This can be found on Hoopla as well as our catalog.

The Little Book of Hygge by Meik Wiking

First line: Hooga? Hhyooguh? Heurgh? It is not important how you choose to pronounce or even spell hygge. To paraphrase one of the greatest philosophers of our time—Winnie-the-Pooh—when asked how to spell a certain emotion, “You don’t spell it, you feel it.”

Summary: Meik Wiking is the CEO of the Happiness Research Institute in Copenhagen, Denmark. In this small book he delves into the Danish word, hygge (pronounced hoo-ga). It is a lifestyle of comfy blankets, delicious food and lots of candles.

My Thoughts: It is that dark and dreary time of year. It is cold outside. Nothing sounds better than a warm blanket and a cup of tea. This is where hygge comes in. All I want to do is hygge now. And I have been trying to achieve it since finishing this book. Each evening I snuggle with my dog and a blanket while watching a favorite TV show or reading a good book.

I love how the author breaks down what hygge is and how to do it. Even though many Danes have different ideas about what is essential to hygge they all agree that it is comfort. The illustrations were pleasant and beautiful. If you are looking for something to help you get through the cold winter months than pick this up! And let us know how you hygge.

FYI: This is the first of several books by Wiking about how to find happiness like the Danes.

*This is my pick for category #2 (A fix-it, how-to, or self-help book) for the ReadICT challenge.* 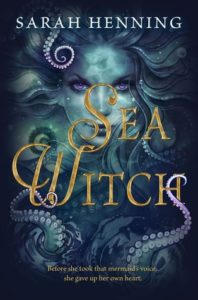 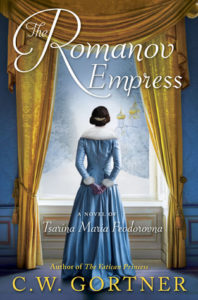 The Romanov Empress by C.W. Gortner

First line: “We should dress alike,” I said on that afternoon when life changed forever.

Summary: In the latest historical novel by C.W. Gortner, we get the story of Minnie, the mother of the last tsar of Russia. Minnie is a princess of Denmark and destined to marry for an alliance. That marriage is to the future tsar of Russia, Alexander III. However, when trouble strikes the country the new tsar and tsarina must find a way to navigate the changing political climate before the country revolts. When Alexander dies unexpectedly, leaving their inexperienced son, Nicholas as tsar, Minnie must try to guide him before they lose their country forever. 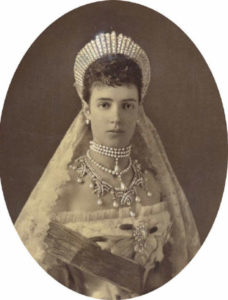 Highlights: I found Minnie to be a fascinating woman. I knew next to nothing about her other than what is portrayed in the movie, Anastasia.  (She is the grandmother who is desperately searching to find out if her son, Nicholas, and his family survived the Russian Revolution). She sounds like a strong woman who had to try to survive in a very turbulent time. Russia has always been a country with struggles and that fact that she lived through them shows how smart she really was.

“I’d finally found the means to be useful to my adopted country, to give back to Russia something of what she’d given to me.”

It was difficult to keep track of all the relationships and marriages. I was constantly checking family trees and Wikipedia to figure out which character was which and how they played into the story of the Romanovs. Even knowing how the story ends, the Russian Revolution, I kept hoping for better for them.

Gortner does an amazing job of describing the opulence of the Romanov court. I would love to see the Winter Palace and St. Petersburg. There is so much history and culture in Russia. However, the riches and luxury that the tsar and his court lived in is hard to imagine. How can someone live like that? It just boggles the mind. It is easy to see why the peasants revolted. They were starving while the royal family drank champagne.

I remember when reading other novels about the Romanovs, that Alexandra was not very well liked.  Gortner gives us a look into why.  She seemed shy and anxious.  But Minnie, as dowager empress with lots of experience with the Russian people, tried to teach her how to act and gain their respect.  Their relationship was very volatile.  It was sad to see how much dislike there was between the two women.

Throughout the novel I was thrilled to see how well the author brought the history to life.  This is one of the best written historical novels I have read in a long time.

Lowlights: Do I have to have any lowlights? I think not. This book was great. Historical fiction is and always will be my favorite genre.

FYI: Perfect for readers of Philippa Gregory and Alison Weir.