It’s nearly time for the kids to be back in school and summer is coming to a close. Those long, lazy days by the pool (did you actually get any of those?) are soon to be a memory, but there are plenty of good books coming out the first two Tuesdays in August, that I wish I could have endless days by the pool to read!

Here are eight (eight!) picks that we think will be satisfying reads for the end of summer. Our next new releases blog post will cover new releases for Aug. 15, 22 and 29. Click on the title of the book to go to the library catalog, where you can see if it’s available and place it on hold.

Aug. 1: The Address by Fiona Barton
From the author of The Dollhouse comes a compelling story, set around New York City’s most famous residence: The Dakota. It’s 1884 and Sara Smythe, who is working her way to head housekeeper at a posh London hotel, has a chance encounter with Theodore Camden, one of the architects of a grand new apartment building in New York. In 1985, Bailey Camden, once an interior designer and huge party girl, finds herself fresh out of rehab, homeless and needing a new start. One hundred years apart, Sara and Bailey face similar struggles, and Bailey’s discovery in the basement of the Dakota could change everything she thought she knew. 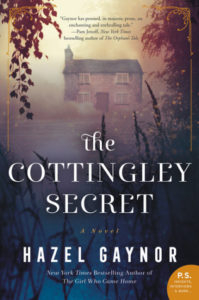 Aug. 1: The Cottingley Secret by Hazel Gaynor
If you are familiar with the story of two young women who convinced the world through their photographs in 1917 that faeries existed, this novel reimagines their story. But 100 years later, Olivia discovers that her life intertwines with the lives of Frances and Elsie. Olivia finds an old manuscript in her grandfather’s bookshop, but when she also discovers an old photograph, past and present begin to blur and Olivia’s understanding of what is real and what is imagined begins to blur. 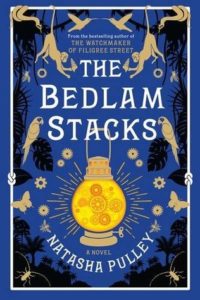 A former East India Company smuggler is stuck at home after an accident leaves him with a broken leg. Then he begins seeing things that shouldn’t be happening and his brother says he must be mad. When presented an opportunity to go to the jungles of South America in search of quinine, he knows he shouldn’t. After all, everyone who has ever gone to Peru on a similar expedition has ended up dead. Despite barely being able to walk, he sets off against his better judgment.

Aug. 8: Little & Lion by Brandy Colbert
Suzette attends boarding school in New England, but when she goes home to L.A., she doesn’t want to go back. Her brother needs her support when he is diagnosed with bipolar disorder. And besides, L.A. is where her family and friends are. She’s settling into her life again, but finds herself confronted with the knowledge that she is falling for the same girl her brother is in love with. As her brother’s illness threatens to overwhelm him, she has to find a way to help her brother and confront her own mistakes. 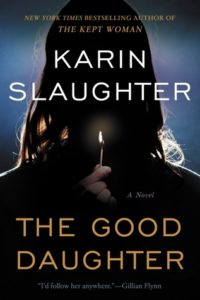 Aug. 8: The Good Daughter by Karin Slaughter
A new thriller from a No. 1 bestselling author. Sisters Samantha and Charlotte Quinn had their lives torn apart 28 years ago, when a brutal attack on their family home left their mother dead and their father devastated. Charlie has followed in her father’s footsteps and become an attorney, when her small town is plunged into terror once again. Charlie find herself besieged by memories that she’s tried to keep buried.

Aug. 8: Emma in the Night by Wendy Walker
Sisters are a theme in this thriller, where two sisters go missing and one comes back. Forensic psychologist Abby Winter looks deeper into the dysfunctional family, and from what she sees, something just doesn’t add up.

Aug. 8: Paper Girls Vol. 3 by Brian K. Vaughan
This is the collection of issues 11 through 15 in the popular graphic novel series. From Goodreads: “The multiple Eisner and Harvey Award-winning series from BRIAN K. VAUGHAN and CLIFF CHIANG continues, as newspaper deliverers Erin, Mac and Tiffany finally reunite with their long-lost friend KJ in an unexpected new era, where the girls must uncover the secret origins of time travel… or risk never returning home to 1988.”

Girl in Disguise by Greer MacAllister 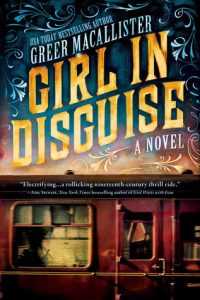 Summary: Kate Warne is a widow looking for her place in the world. She doesn’t fit into the conventional occupations of women during the 1850s in Chicago but when she walks into the Pinkerton Detective Agency she finds her calling. Based on the real-life first female detective in the US. Kate goes undercover to find thieves and murderers. No one believes a woman can do this job but she proves them wrong.

Highlights: I love the history. I have never heard about Kate Warne but she sounds fascinating even though we don’t know much about her. I loved Greer Macallister’s first book and was excited to read this one too! She writes a gripping story with amazing leading characters. I liked that the cases were all short so that the story doesn’t drag on and get slow.

Lowlights: I felt like the end was a little flat. I wanted a little more but it needed to be summed up and it did that. But still a great book!

FYI: Some violence. Great for lovers of historical fiction and books about strong women who defy the times.

Unmentionable: The Victorian Lady’s Guide to Sex, Marriage and Manners by Therese Oneill 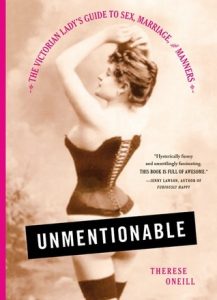 First Line: Thank you for coming.

Summary: Have you ever wondered what it would be like to be a woman in Victorian England? Therese Oneill brings the clothes, lifestyle and manners of the 1800s to us in an easy and funny guide of the day to day lives of women in one of the most romanticized times in history. Pictures of the time are combined with tidbits of information about fashion, married life and medical knowledge. This is a laugh out loud book that will make you want to reread your favorite Jane Austen with a new understanding.

Highlights: The cover! It is beautiful and draws the eye. The humor is undeniable. I laughed very hard throughout the book. The little captions of the photos would leave tears in my eyes. Very serious subjects were made much more enjoyable by the added humor comparing the 1800s to now. But it was still informative and gave a look into a time that has continued to be popular among authors and movie makers alike.

Lowlights: The only complaint I would have is that some sections were a little longer than were needed.

FYI: There is a little language and crude humor.