First Line: “It was a sunny and sleepy afternoon.”

Summary: One day three friends ponder where the clouds go when they cannot see them anymore. Flip suggests the clouds go to where the world ends, and the friends decide to go on an adventure to find that place.

Maggie: Two and a half stars

Conor: Zero smiles, but a general keeping up with the pages being turned

Their Thoughts: Maggie had trouble coming up with anything to say about this story. She did suggest that it would be more relatable for her if the main characters were kids instead of animals. She said, as it is, she kind of felt “meh” about this story… which is why she gave it a rating exactly half way between zero and five. Conor didn’t seem very interested in this book, and rarely interacted with it. The illustrations did catch his attention occasionally, but rarely held it.

My Thoughts: I like the focus of friendship and adventure. The story felt incomplete, though. It’s alluded to that they find the end of the world, but the illustrations do not show it. The story didn’t really conclude at all. The title also suggests there are multiple adventures amongst these characters, but I could not find any others on goodreads… and if this is the first book in a series they did a poor job of introducing the characters. I have no idea which character is which. Hopefully their next adventure will land a little better with my two readers. 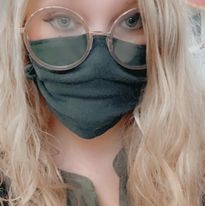 Find Me
Latest posts by Chelsea Moore (see all)