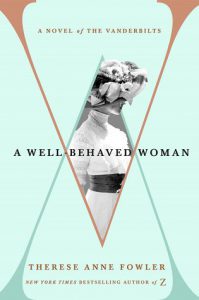 First line: When they asked her about the Vanderbilts and Belmonts, about their celebrations and depredations, the mansions and balls, the lawsuits, the betrayals, the rifts—when they asked why she did the extreme things she’d done, Alva said it all began quite simply: Once there was a desperate young woman whose mother was dead and whose father was dying almost as quickly as his money was running out.

Summary: Alva Smith is from an old New York family. However, after the death of her mother and her father’s financial troubles they are nearly destitute. Through the scheming of her friend, Consuelo Yznaga, she meets William K. Vanderbilt. He is the grandson of railroad tycoon, Cornelius Vanderbilt. William is looking to bring his family into New York society and Alva needs to take care of her family by marrying a wealthy husband. With this marriage of convenience Alva appears to get everything she wants. She helps the poor, builds grand new homes and travels the world. Yet it appears that something is missing…

Highlights: Before picking up this novel I had never heard of Alva (Smith) Vanderbilt. I remember the Vanderbilt name from high school history on the robber barons but nothing specific about each individual. I was pleasantly surprised by her story. She was a woman who did so much in a time when women were still thought of as dolls that needed to be sheltered. Her drive leads to grand homes, an opera house, women’s suffrage and a title for her daughter.

I cannot imagine living the life of Alva Vanderbilt. The amount of money she had and what she spent it on. If you have time you should Google their house, Petit Chateau, on Fifth Avenue. Spectacular! The costume ball she threw in 1883 was so extravagant that they spent nearly one million dollars (in today’s money) on champagne alone. Can you imagine?

Lowlights: Alva’s story seemed to drag on a little bit with much of the same thing happening over and over again. I was a little sad that so much of her drive came with the need to be a part of society. I understand wanting to be accepted. Everyone wants to be accepted. And it could be that I just do not come from that world or lifestyle. 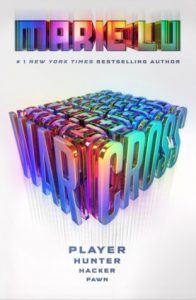 Welcome friends to the magical month known as January. Or as I like to think of it, Diet Month! I’m sure we’ve all done this little dance with ourselves once, twice or several times. You stuff yourself in the fall (or all year long, am I right?) and then you decided to pull it all back together and jump on the diet train at the beginning of the year.

A few years ago I had amazing success loosing weight and feeling great when I adopted a plant based diet. It was a game changer for me and was unlike anything I had ever tried before. I read Kimberly Snyders’s book,     The Beauty Detox, and jumped in with both feet! When I decide to do a diet or a lifestyle change (as popular media wants you to think of it) I want to lose weight but I also want to do something healthy that’s going to make me feel better. And I did feel better for around 2 years but as with most diets I slowly started letting the junk food creep back into my daily eating and then it all went to crap. I stopped eating well, so I started feeling bad and then I stopped working out! 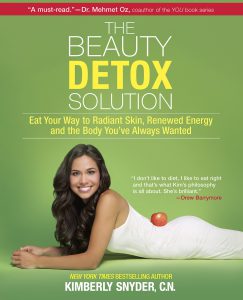 I let myself just eat whatever I wanted to for awhile to see how I would feel and I’ll tell you I felt horrible! I was always hungry so I was constantly eating. About 6 months ago I decided to try Whole30. This was a great way to cut out the junk and remember to just limit my meals to simple, real food. 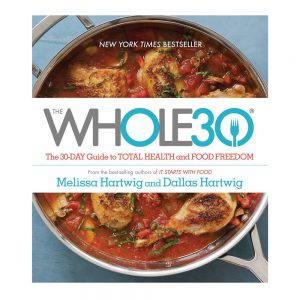 After doing Whole30 I started to hear a lot about Keto. Apparently it was the most Googled diet in 2018. So I pick up this book… 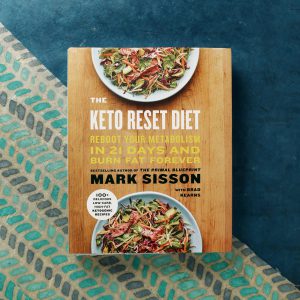 Let me start by saying if you are interested in doing Keto, please do your research because there is way more to it than just eating bacon and cheese! I’ve read several books, listened to podcasts and absorbed a lot of good and bad information online. I started my Keto journey and so far my results have been great. I feel good, I don’t have bloating and most importantly I’m not being ruled by constant hunger! How long will I stay on Keto? Who knows, but right now its the right thing for me and I think that’s what this magical month of January is all about – finding what works for you and hopefully helps you feel better in 2019.

Do you like true crime novels?  We have a really good selection here at the library.  I have not personally read many from this genre but they are constantly being checked out.  Authors like Ann Rule are the leaders in this area.  If you are looking for a true crime book we would be happy to help you find one or browse the 364.1 section of the non-fiction. 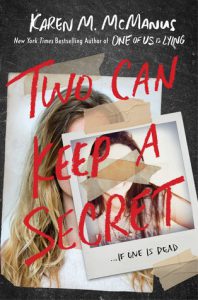 Two Can Keep a Secret by Karen M. McManus

First line: If I believed in omens, this would be a bad one.

Summary: Ellery and Ezra move to live with their grandmother in the small town, Echo Ridge. This idyllic little town has a dark past. The twins’ aunt disappeared here more than 20 years ago. Another girl was murdered at the local theme park. Now there is a stalker bringing back the old memories and threatening the homecoming court. Ellery, a true crime enthusiast, is determined to get some answers. However, there everyone has a secret making it even harder to unravel the mysteries of Echo Ridge.

Highlights: I was really excited to get an advance copy of this book. I really enjoyed the author’s debut novel, One Of Us Is Lying. From the very beginning the mystery and intrigue presented to the reader. I loved how fast paced everything was. I liked all the little twists and turn throughout. I kept considering all different angles and was shocked when the killer is revealed. Great job, Karen! The characters were a lot of fun. I really wish we could have gotten more of Sadie, the twins’ mom. I want to visit Fright Farm, the Halloween theme park. Who doesn’t want to have Halloween all year around?

Lowlights: There are lot of characters and the chapters bounce back and forth between Ellery and Malcolm. I had a hard time keeping track of who was saying what. I think I needed to pay more attention to the chapter titles. So this may be more my fault rather than the books.

It’s that time of year again! 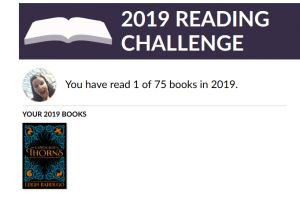 Time to set a new reading goal for the year.  The last several years I have set a goal of 75 books.  I nearly doubled it with 145 books in 2018.  Do you have reading goals?  How do you track them?  I love Goodreads because I can create shelves, lists and make notes on what I read.  The Language of Thorns is my first completed book of the year and it definitely started the year off well!

The Language of Thorns by Leigh Bardugo 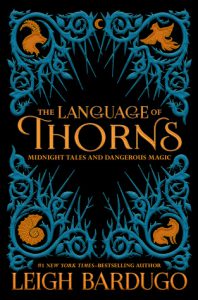 First line: In the year that summer stayed too long, the heat lay upon the prairie with the weight of a corpse.

Summary: A collection of five fairy tales and legends told by the best-selling author, Leigh Bardugo, brings the reader into a mystical world filled with enchanted nutcrackers, mermaids and witches.

Highlights: I absolutely loved these short stories. Bardugo is a master of world building and atmosphere. I have read several of her novels and enjoyed each one. She can do so much in just a few pages.

By far my favorite of the stories was the story of Clara and the nutcracker. It seems like we know this story but Bardugo puts her own twist on it making it darker and more intriguing.

The pages are stunning with their artwork at the borders. Each page adds more imagery that enhances the story. Plus, if you have read her books (Grisha Trilogy and Dregs Duology) you will find little Easter eggs embedded in the tales. I highly recommend this collection to anyone who loves fantasy and Russian style fairy tales.

FYI: If you enjoyed this then try the Winternight Trilogy by Katherine Arden. I read the third book in December and was once again blown away by Arden’s story telling abilities.