I’m having a hard time believing it’s already February! How did January go by so fast? I’d like to think that it’s all the reading I’m doing, but I’m afraid that’s not actually the case.

In the meantime, there are more great books being released every week. Here are four that we think look pretty appealing. If you decide to read any of them, please comment below and let us know what you thought of it.

Remember, click on the book’s title to go to the catalog where you can see if it’s available or put it on hold.

Feb. 6: As Bright as Heaven by Sarah Meissner
The 1918 Spanish flu epidemic is at the center of this book about family and relationships. The Bright family moves to Philadelphia in 1918, with the hope that they can give their three daughters better opportunities. Just a few months after they arrive in Philadelphia, where Thomas goes to work in his uncle’s funeral home, the Spanish flu hits the town. As the pandemic spreads and kills 12,000 people in the city, the members of the Bright family find the things they believe in challenged. 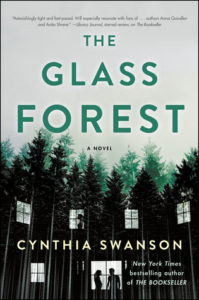 Feb. 6: The Glass Forest by Cynthia  Swanson
It’s autumn of 1960 and Angie is living her dream life with her husband, Paul, and new baby. Then a phone call shatters their comfortable world. Ruby calls her Uncle Paul to report that her father, Henry, has committed suicide and her mother, Silja, is missing. Angie and Paul immediately head to upstate New York to be there for Ruby, who is 17. As Angie learns more about her husband’s family, she begins to wonder about her own marriage. 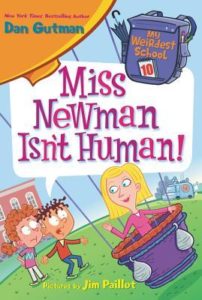 From Goodreads: “In this tenth book in the new My Weirdest School series, Sprinkles Newman, the local TV meteorologist, is coming to Ella Mentry School! She’s going to teach A.J. and the gang all about the weather. But what happens when a real live (well, not live) hurricane comes to the school? Hold on to your umbrellas!

“Perfect for reluctant readers and word lovers alike, Dan Gutman’s hugely popular My Weird School chapter book series has something for everyone. Don’t miss the hilarious adventures of A.J. and the gang!”

Feb. 13: White Houses by Amy Bloom
Lorena Hickok grew up desperately poor in South Dakota, but in 1932 she met Eleanor Roosevelt during FDR’s first presidential campaign. Hick, as she was known to her family and friends, was able to rise above her circumstances and by 1932 had fashioned herself as the most prominent female journalist in America. Bloom’s novel explores the relationship between Eleanor and Hick, as Hick moves into the White House and her status as “first friend” is an open secret, along with FDR’s own lovers.