Secrets of the Manor Book One: Beth’s Story by Adele Whitby

Before Game of Thrones ignited our TVs with swords fights, dragons, and bloody battles, another television show was charming audiences across the globe. In 2010, Downton Abbey made everyone, including me, 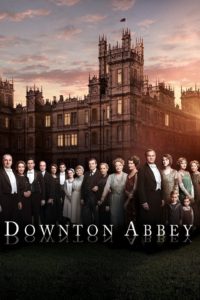 wish to be British. From sipping tea in the parlor to donning glamorous early 20th century dresses at parties to Maggie Smith’s snappy comebacks, the world of Downton inspired us with stories of lords and earls and the secret world of the servants below the stairs. When the show ended its sixth and final season in 2015, I definitely felt a Britain-sized hole in my daily life until I found the most wonderful book series that any BBC fanatic would enjoy.

The Secrets of the Manor series by Adele Whitby is best described as a Downton Abbey story told by the children of the era.  The series, written for 4th – 7th graders but great for any age, starts with the Chatswood family at Chatswood Manor. The series spans across England, the United States, and France with each book revealing hidden family secrets about love, betrayal, and power.

Beth’s Story, the first in the series, follows the great-granddaughter of the family matriarch as she prepares for her twelfth birthday and the gifting of the coveted family heirloom, the sapphire Elizabeth Necklace. When Beth’s lady’s maid is accused of a terrible crime, Beth embarks on a quest through both the manor and her own family history to clear her name. The series continues on to tell the story of Beth’s cousin, Kate, their great-grandmothers Elizabeth and Katherine, and Beth and Kate’s children.

This series will delight any historical fiction lover or even a reluctant reader in search of some adventure, travel, and friendship. The series would be an excellent read-aloud story for the whole family or a great choice for school projects. Of course, the series is also excellent for adult readers seeking a quick but engaging read. 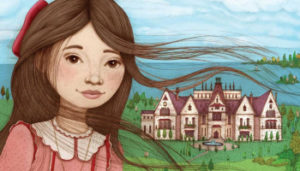 There are a few downsides to the series that I should point out. While each book could act as a stand-alone, it is best to read them in order. Many of the main characters traditionally have the same name, but use nicknames to distinguish them among each other. Despite the book including a family tree, the names of the characters and how they are related can get confusing. The series also ends abruptly at book 8 and the author Adele Whitby must be a pseudonym with no means of contacting her. I became so obsessed with the series that I actually tried contacting the publishers to ask if they’ll release more books, but I haven’t heard back from anyone. If I do, I’ll definitely let you know! 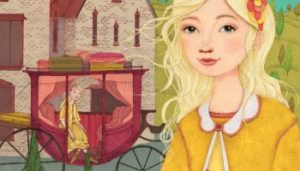 Despite these minor issues, the Secrets of the Manor series is a remarkable collection of stories set in an enchanting place and time. Laced with history, family drama, and warmth, the series is sure to delight you and make you crave a cup of tea.